Why a Classical Approach?

What do the experts say?

“To become inspired by the great deeds of great men is to obtain the motivation to do similar things. We become great partly by seeing what other great men did and being inspired to do such things ourselves. But while beholding the great deeds of others gives us the motivation to be like them, it doesn’t equip us to achieve what they achieved. We can admire other men, but that won’t necessarily make us more like them. In order to become like those we admire, we must not only admire them, we must do what they did.

It is tempting to look back on the education of these great Americans (the classical education received by our founding Fathers) and think that what they did is too difficult for the students of today. But that would be a grave mistake. Yes, they enjoyed some advantages over us, mostly in terms of having fewer distractions, but that is something we have the power to control. The fact is that we have advantages they didn’t have. For example, the educational resources available to colonial children were not only harder to find, but of vastly inferior quality.

We can, moreover, say we lack their fortitude, but that is not something they brought to their education; rather, it is a benefit they received from it.

Education is the cultivation of wisdom and virtue. In deciding how to accomplish this with our own children, we would do well to see how it was done in a time when wisdom and virtue were more prevalent than in our own.”

-Martin Cothran, author and director of the Classical Latin School Association, in The Classical Education of the Founding Fathers

“Ancient teachers observed and then built an educational system around human nature. They called it the Trivium…Modern education fails students because it mixes up the natural order of learning. We want 3rd graders to express themselves when they ought to be memorizing the multiplication tables and rules of grammar. We wait until high school to teach foreign languages when students have lost the desire to memorize.”

-Chuck Colson, author and founder of the Colson Center for Christian Worldview, in Reason, Virtue, and Education? You Betcha

“Until a hundred years ago, Christians were in the forefront of all cultural institutions shaping politics, business, philosophy, science, literature, music and art. The reasons for the decline of Christian influence are complex and varied, but the abdication of Christians in the field of education is a major contribution. In 1961, Harry Blamires could write, “There is no longer a Christian mind.” Since 1961, I am glad to say, there has been a good deal of ground regained, but nothing approaching what was once held. Classical educators are seeking to help recover the Christian mind and prepare extraordinarily-equipped leaders who “can take every thought captive for Christ” and shape and lead the cultural institutions of our society.”

-Christopher Perrin, author and co-founder of Classical Academic Press, in An Introduction to Classical Education, A Guide for Parents

What do the numbers say? 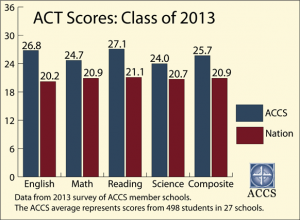 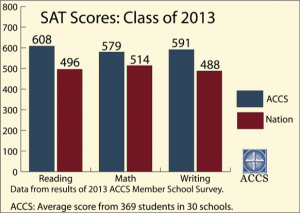